and about on EVERY STREET of the city centre!! 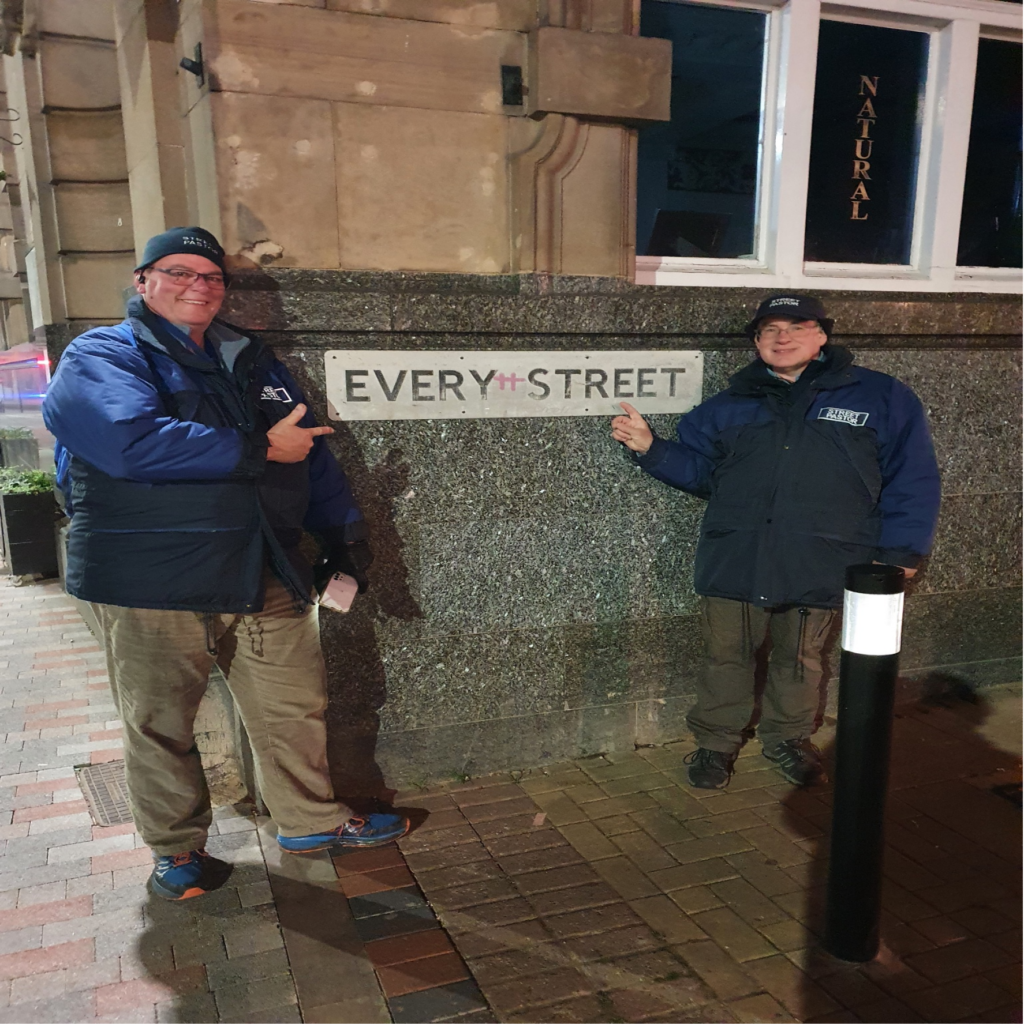 We had conversations with people just out for a good time as well as people working in the city centre at night.

We handed out flipflops to those who had found their shoes were giving them a hard time and could then walk around the streets safely.

We met people who were finding the world a difficult place to navigate. We gave them our time, a listening ear and when appropriate we prayed with them for God to offer them His peace.

We were able to keep vigilant during our night time patrols and in two separate occasions intervened when it appeared that some young women had got themselves into a vulnerable situation. We were able to escort them to the taxi rank and stay with them until they were able to access a taxi on their own without being pressured.

We picked up around 100 glasses which not only keeps the streets looking good but ensures that they cannot be used as weapons if disputes escalate and become violent.

We spoke to almost 150 people and offered our city over 50 volunteer hours.

IF YOU FEEL CALLED TO VOLUNTEER PLEASE CONTACT US.