The growing problem of homelessness 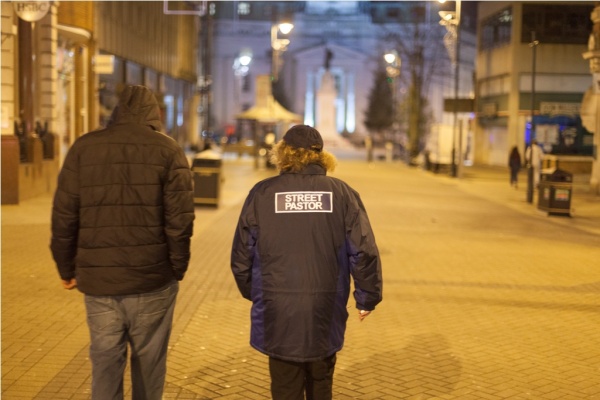 Back in November, local authorities around the country took part in a ‘rough sleepers count’. They, alongside CCTV and many partner agencies, tried to capture a ‘snapshot’ of how many people our sleeping rough in our towns and cities. A date was picked, and here in Luton we got involved alongside other charities and statutory agencies to try and get an accurate representation of what is really happening every night of the year.

This was not easy, and there are many flaws to trying to do a count of this kind. For example, many people who are living rough don’t want to reveal where they are sleeping for fear of being moved on and having to find a new place to ‘squat’. Additionally, there is a very specific definition of what ‘rough sleeping’ is; for example if you are sleeping somewhere that could be considered habitable, like an abandoned caravan, you are not technically sleeping rough. The count also required getting details such as name, age, nationality etc. from individuals who are sleeping rough, which as you can imagine is sometimes hard to get from individuals who don’t necessarily want to be identified.

Despite all of these challenges, we did do a count. And though the results may be shocking to some, those of us who are regularly out on our streets are glad to see that the result reflect what we have seen on our patrols. The reality is that rough-sleeping is up by 30% in just 1 year in England (http://www.bbc.co.uk/news/uk-politics-35661767).

30%! In the article linked to above, Labour’s shadow housing minister John Healey said: “People will find it extraordinary that in England in the 21st century the number of people forced to sleep rough is going up – and this is only the tip of the iceberg.”

So what can we do about it?

The government announced in the budget there is £115 million being pledged towards fighting homelessness and rough-sleeping, and David Cameron has acknowledged that this is a problem that can’t be ignored. However, many commentators are wondering if this funding will only go towards short-term fixes, rather than actually managing to prevent people falling into homelessness. 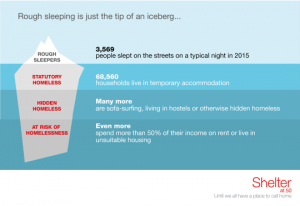 In an article from Shelter we can see that there are many people who are struggling financially, paying high rents that take up a large proportion of their monthly income, therefore putting them at risk of missing rent payments and being evicted.

It’s good to see that the government is responding to this issue. But there is clearly lots more to be done. As Street Pastors, we meet homeless individuals on every patrol. We give them hot food, point them in the direction of the night shelter and advise them on where to get help. We work closely with other organisations in Luton, such as Noah, Lamp and Signposts, and with the council and the police.

But we often meet people when it’s too late. To really tackle this problem it takes each of us working together, as individuals or through churches or other organisations, to support those we know who are in financial difficulty. This could be through money-management courses or other initiatives, or just through supporting those known to us personally. We need to make money less of a ‘taboo’ subject and get really honest about the struggles we all face at times, and learn to use what we have wisely. (Visit https://capuk.org/ for more ideas)