The other day whilst showing some photos to some people with an interest in Merton Street Pastors, we came across this photo from 10th December 2010. It was significant because on that night Geoff can be seen on the far right of the team photo wearing an observers jacket. We kept in touch and four years later Geoff joined the September 2014 Street Pastor Training Course in London. Geoff is now a trained Street Pastor. 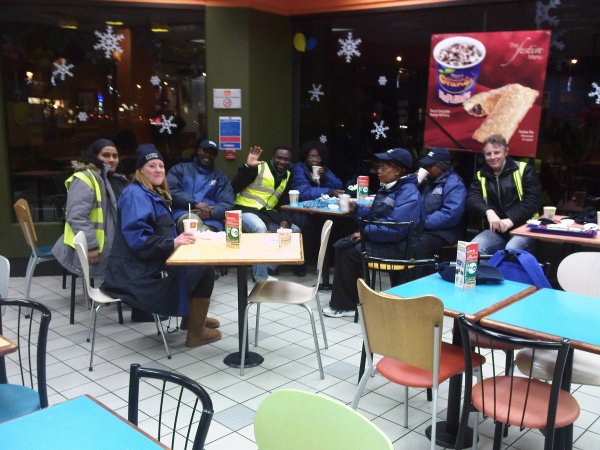 This is what Geoff has to say,

“This was my first patrol as a volunteer with the Merton street pastors in Mitcham taking a break in McDonalds. I remember feeling such a buzz while on patrol and by the time the evening was over I knew I wanted to be a street pastor. One conversation in particular was with a young family at the bus stop not sure how to get home. We gave them directions and had a chat to reassure them, they were so touched that we took time to talk to them.
Although I was unable to start the training at that time I know Gods timing was perfect so I continued as a volunteer both in Mitcham and Wimbledon. Four years later I had the opportunity to enrol on the course and it was the best thing I did. Now I’m a qualified street pastor and haven’t looked back.”

This is Geoff now in his uniform. 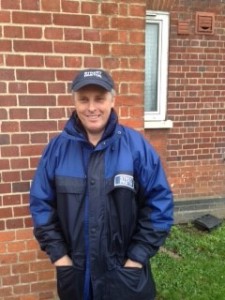 As Geoff mentions, we believe that God’s timing is perfect and a number of our volunteers can tell a similar story of how a desire to join the Street Pastors eventually materialised at the right time for them.

Thanks for getting involved Geoff. It’s a pleasure to have you on the team.