“Sometimes the simplest of acts meet the greatest of needs” 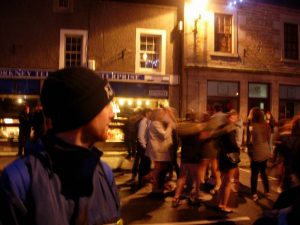 We assisted at least 750 people which included calming 21 aggressive people, supporting 67 vulnerable people and administrating basic First Aid to 14. We helped 16 inebriated people into taxis, called the police to 5 incidents and called ambulances on 2 occasions to attend people who had collapsed.

We handed out 396 pairs of flip-flops, 99 bottles of water, 73 survival blankets, 21 spikeys and over 3700 lollipops. 730 bottles and drinking glasses were either swept up or picked up making the streets of Kirkwall much safer on a Saturday night.