It was a very quiet night all around South West L 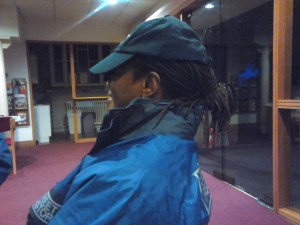 ondon as we set out on the streets of Balham and Tooting. The team was keen to welcome Foshuah who has not been able to join the team in a while. David, Athelia, Rez and Wayne made ups the tea of 5.

Our first meeting was with a young man named Samuel who we met in Balham who was from a Catholic background. He was very affirming of our work and we wished him well.

As we left Balham for tooting we were surprised to find things so quiet but we met a young man named Brendan who was curious to find out why we would leave the comfort of our homes to do what we do voluntarily. He was keen to hug us all and to affirm us also.

Our main encounter of the evening was with a doorman at Tooting Broadway McDonalds whose name was Endurance who called the team I to enquire why he had not seen us in such a long time. He gave us good insight as to when the trouble times are in the locality and informed us that in the early hours of the evening from 6pm onwards that those were the times of most need and that things tended to die down later when we were out. We have decided to take some time as a team to review the time we patrol the Tooting area over the next few weeks. We will go to Tooting and see for ourselves by sitting in the McDonalds and observing from early evening.

Despite the quiet it was a worthwhile pursuit to be out and we hope to share this message with the churches in Tooting to expand the work in the near future.