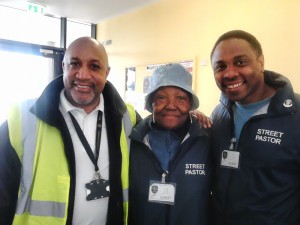 As we commenced our last term for this Academic year there were only two of us available. Atheila and Wayne were in the school as Veronica had other personal duties and Victoria enjoyed an extended Easter break.

Not to be deterred by our lack of numbers, we got on with the task in hand. We spoke to some Somalian students who were keen to speak to us about their studies and their ambitions. We also spoke to some girls who Atheila was keen to remind of our stance on Anti bullying.

As we moved into the school for our time with the excluded students we were not expecting vast numbers it being our first day back but we were a little saddened to see four of the same faces we saw on the last day of term before Easter.

With only two of us on duty we did our best to get around the group who had complaints ranging from being involved in a fight on the first day of term to arriving late.

It was a reminder that school life is not easy and there are no quick fixes to the issues but we plan to strive on to see what kind of difference can be made.