It was a pleasant morning as we entered the Academy. Athelia, Victoria and Wayne were present. 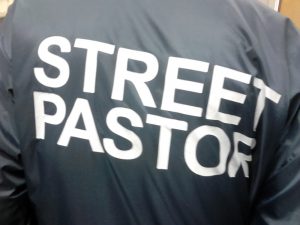 The Students were in good spirits as we went around the school making new friends with the new intake of students as well as renewing old acquaintances. We were warmly received by our old friends and the new students were friendlier than last week. This was an encouragement as we have only been back two weeks now. Towards the end of the month we have a chance to assist the school with their annual Harvest festival which gives us a chance to meet more of the new students in a more formal setting. We look forward to this event and to taking our work forward for the rest of this year.

Once we had moved into the school for the satellite we found one regular face and one surprise. The surprise came in the form of a six former who was very bright and ambitious and had found himself in satellite through missing a detention. He was encouraged to focus on the protocol of the school and to make sure he did not wind up in this position again and we encouraged him with his studies.

The regular face came in the form of ‘D’ who had family problems much of last year. He was still making references to killing people and to the video game ‘grand theft auto’. He spoke as one who had trouble discerning between gaming and reality. This was quite disconcerting for us as a team and we had to have stern words with him about talking in this way. He was slow to listen but we hope and pray that he will make the distinction and move on with his life in a productive way.

This was a blight on a very positive morning but we remain undeterred and look forward to a very productive year in the school.