We were enjoying what may well be the last days of summer this morning as we went into the academy. Athelia, Victoria and Wayne were present. Unfortunately Ve 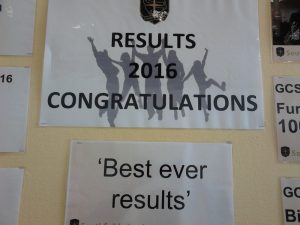 ronica will be unable to join us as she has been told by the doctor to rest so she may not be with us until late this term. The School was in good spirits and we were busy making relationships with the students. Now we have a new intake of students we are busy introducing ourselves to new faces. We will be helping the academy with their harvest festival at a local church to the school and this is an excellent way to introduce ourselves to the new students.

As we went into the school for the Satellite programme we met one regular face and four new faces. Most of the children were of good nature and needed a little pep talk to help them to se the errors of their ways and to focus on what was necessary. Victoria had a conversation with a young girl who was wearing a Hijab (Muslim head scarf)  She was taken into satellite because of her attitude, Victoria was keen to point out to her what her head scarf represented and the statement that her behaviour was making in the same way as if a Christian who wears a cross will be judged for their behaviour. It was amazing the effect this had on the young lady in question and we are thankful for the wisdom that our more senior schools pastors bring to the table.

We are still having problems with the student ‘D’ who is keen to make a show of his violent speech. We feel that his situation has gone beyond our talking and have raised concerns on a higher level. We have warned him sternly about his talk but this seems to have no effect.

Despite the successes of the school and of our work we see that there are causalities which is a stark reality of the environment we work in. We trust that we will be able to do what we can to involve as many students in the success of the school as we can as we know that Southfields academy provides a great opportunity for all to succeed.