It was a cold and wet November morning as we entered the Academy. Christmas was on the minds of many of the stud 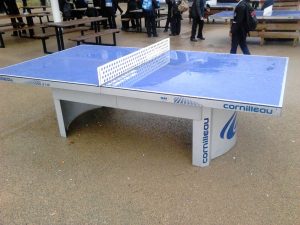 ents as well as avoiding the wet weather. The table tennis tables that were usually always busy were vacant. Athelia and Wayne started the day catching up with Mr Davis who told us of a few important dates coming up before Christmas.

This conversation meant that there was little time to catch up with the students during the break but there was more than enough to do during the satellite. There were initially only two students but the ranks soon swelled. Many of these were not actually in the Satellite but has issues that related to behaviour. We did our best to council the students to keep calm and to focus for the end of the year.

With just over three weeks to go it seemed that tensions may be getting a little high as the school anticipated the break but we take comfort in the reports from both Mr Davis and the rev Ian Tattum of local St Barnabus Church that our work has noted a calming effect on the Academy and that a difference has been noted.