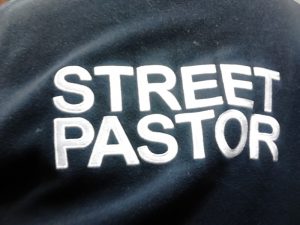 et us earlier than usual as we head into half term week at the Academy.

The Students seemed more hyperactive than usual as we entered the playground. Victoria was keen to speak to a young girl about her weekend and as the conversation progressed she found that the young girl had recently lost one of her grandparents. As a grandparent herself Victoria was able to counsel and emphasise.

We got out and mingled with the student who were more talkative than usual, we had some positive conversations. One young man when asked I he know what we did said that we asked lots of questions, which we found amusing.

As we moved into satellite we found a few new faces and some old ones too. Some of the offences were minor and a few of the faces were those we had not seen for a while.

We learned of our old friend ‘D’ that despite our best efforts and the schools best efforts that he is to be excluded. We had warned of this repeatedly when we spoke to him but it seems as though things have come to a head. It was sad of us to learn this but we can nought but try to help who we can.

We are looking forward to the rest for half term but are eager to get back to work as we head towards Easter. Hopefully then we may have an addition to the team.