We were greeted by warm weather as we entered the academy. The Students were in good spirits and many were keen to engage with us. They shared about their ambitions and we had many conversatio 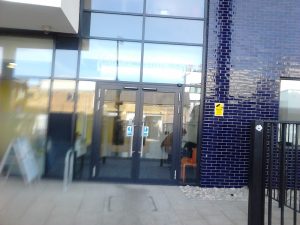 ns. It was the warmest day in the year so far and we hope for many more like this.

As we entered into the satellite we had a number of new faces and one or two old ones. Many of the offences were minor and we spent our time advising the students on better conduct.

The individual who we call ‘D’ was milling around the academy was there again. He was seen as a trouble maker by the other students. We were surprised to see him on the premises and will enquire as to why he was there in future.

Wayne met an old friend who he played basketball with in the summer last year but whose behaviour had gone off the rails. He assured us that he was getting his act together and we hope to monitor his progress in the near future.

It was a productive day and we hope to build on this progress further.