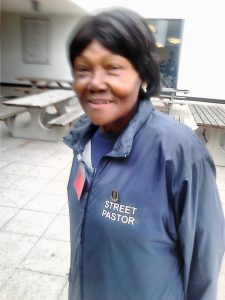 ak. The Students seemed to be subdued by the colder weather but it was not long before we were engaging in conversation with them.

Wayne manged to meet a number of old friends he had befriended over the academic year to encourage them in their school work and the reports were positive all round.

There were a few young men who had got themselves into a fight which Athelia was on hand to break up. This was a very rare thing as we had not observed this kind of activity in our three years of visiting the Academy.

As we moved into the satellite we found we had limited time but we did our best to get around as many students as we could. There was one young girl who felt that she hated school and could not wait to be out of it so that no-one could tell her what to do. I was a wakeup call for us as we have met many students at the academy who knew that this would not be the case.

We were surprised it was a relatively quiet day as things tend to get busier in the summer term but we trust that better and busier times are coming soon. Next week we are not attending the Academy due to the Mayday bank holiday but we hope to return with stronger numbers in two weeks time.