It has been a long wait but it was an honour to be patrolling Central Wandsworth as a Street Pastor. The work we are currently doing in Southfields Acad 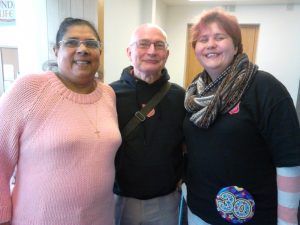 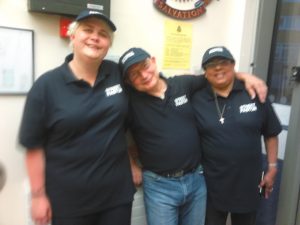 Katy, Kevin and Cynthia all from Wandsworth Salvation army on Ram Street had all completed the training and were eager to get on to the Streets. They were joined by Wayne and the team hit the streets just before 10pm.

As we started we met a man named Eddie who was known by the team. He is a road sweeper who works incredibly hard and long hours. We met him twice and on the second occasion it was close to 12 o Clock.

We made our way across to the McDonalds on the Wandsworth Roundabout where we met Ike and William who worked on the door. They were interested in our work and even took a contact number from us to call us in the case of an incident we could attend to. William had met Street Pastors before in Leicester Square so was familiar with our work.

As we moved around the Wandsworth Roundabout area we came across and Ouija board surrounded with some matches and evidence of burned paper around it. We quickly cleared the board and placed it in a bin.

The Streets were quiet, even more that much of the team were used to seeing in the area. We looked in a lot of hideaways where some homeless people were reported to hang out but we found none though we had seen evidence that they had been some activity there form the bottles and empty cans we found.

After a walk over to the Henry Prince estate where there was a stabbing incident three years ago we finally went home at around 12 midnight.

Though the night was quiet it was a productive night and the team were very keen to get out again very soon.