As the New Year started the Academy opened on t 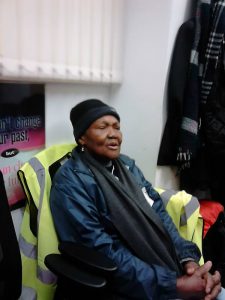 he first Monday of the new year after new year’s day. There were only two of us present on a very cold and windy overcast morning.

Athelia and Wayne were present and the Academy seemed in good spirits as this was their first day back after the Christmas break. We saw alot of faces that we had seen in satellite who were now focused and seemed as though they were ready to begin the New Year on the right note. This was an encouraging sign and it showed us that our labours had at very least endeared us to the students.

We made a slow start as we eased ourselves back into the routine of being in the Academy. There was no satellite today as it was the first day back, on previous occasions there had been students in satellite after a holiday break but not on this occasion. We were glad of the slow introduction to the new term and we trust that things will get more lively as 2108 continues.