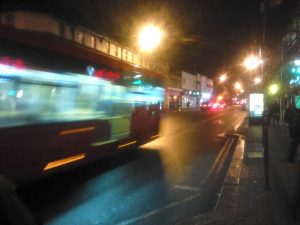 we have been having as David, Rez and Wayne went out to Tooting Broadway for the evening. We had hoped to spend a later evening out on the streets but Tooting was unusually quiet for the evening.

We went through the market place and visited the small bars that were there and all seemed peaceful. The streets were very quiet and we had but one conversation with a young man who asked us about who we were and why did we do what we did. David was brilliant in describing to the young man what a street pastor is and he was in agreement with us by the end of the conversation.

The quietness made us wonder of as to whether our efforts were best deployed elsewhere in the Borough and we will consider a move towards Battersea for next month as we discussed on our last visit to Central Wandsworth. We will discuss this matter and speak to relevant parties in Battersea soon. Despite the quiet it was a worthwhile outing and we will certainly not give up on Tooting  but re-visit in the future.