Last week three team members were absent so Veronica, b 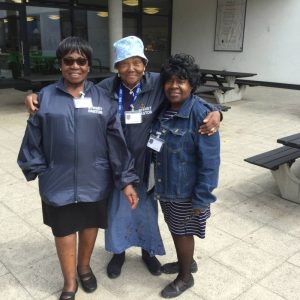 ack from her leave, was a lone campaigner. Thus week however we were all present for the first time since Easter. The weather was very nice which was unusual for us as it has been so changeable of late.

We were delayed in getting to work as the Academy had a few issues to deal with but were soon getting down to work.

The Students were in talkative mood and questioned us concerning our work, sometimes asking some quite probing questions and airing their opinions.

In the Satellite there were a number of old faces. Everyone was in a mood where they could see the finish line in sight and were more talkative than usual. Some of our old friends were present and in fine voice. We did our best to impart some wisdom.

It was a relatively quiet day for us but it was good to have the team back to full strength and we look forward to next week.