Victoria went to Southfields Academy, joined later by Veronica. We bought presents which were duly wrapped and presented to the kitchen and office staff, along with nice Thank You cards which we brought. The presents were very much apprecia 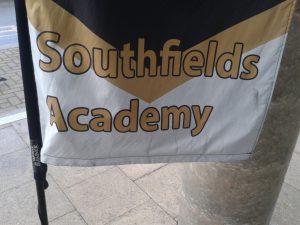 Victoria had the opportunity to speak to a group of delightful girls, who simply wanted me to stay with them. One of our old friends came along and, as usual, refused to leave, telling us all that has been happening in his family. It was a very trying time Eventually it was time to go back to their classes.

Satellite was equally interesting. There were lots of students, mostly fresh faces including some chronic ones. Reasons are usually the same negatives. They find it boring and were offered encouragement. However, there was one girl, a first timer, who deliberately missed a PT class because she did not bring her gear and wanted to know what the tutor would do. When I told her satellite was boring, she said, “No, better than going to classes.”