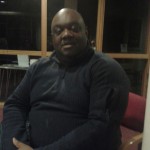 My name is Anthony Banton

I have been a street pastor since 2008 and although I trained in 2008 I did not officially graduate until 2009 as I had to complete a few missed training days.

Prior to training for the role, I had known about street pastors for a long while before I got involved. I have close friends who are part of the street pastor organisation and they regularly asked me to become a street pastor. Finally, in 2008 I decided to attend a street pastor’s recruiting event being held by a long time Christian friend of mine. I was very inspired and I left the meeting determined to enrol on the course. And the rest as they say, is history.

I was drawn to becoming a street pastor because I liked the idea of being a practical help on the streets when people who I would not normally meet might need assistance.

I have always been a Wandsworth street pastor and I started patrolling in Balham in 2008. In those days Balham was quite rowdy especially around the nightclub areas. There were also significant issues with the numerous estates in the Balham area. The street pastor presence has impacted a number of aspects of life in Balham. As well as being a practical help on the street we have been a visible light in the physical and spiritual darkness. We took time to pray on the estates were residents had been experiencing difficulties and today, 6 years on, residents are telling us how peaceful their estates are.

I have no doubt that those few hours each month spent patrolling the Balham circuit have revolutionised the area and brought an air of calm and serenity to that corner of SW London. 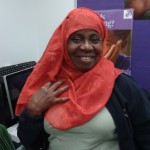 Street Pastors is the initiative of the Ascension Trust, with Head Office in Merton. Before becoming one, I had always admired Ben Goodyear, a Street Pastor, who was then a curate at my Church, The Church of the Ascension, Balham Hill, but now the vicar at St Paul’s, Brixton; also Amma Foshua-Poku of Balham Baptist Church.

The training takes 12 weeks – 12 consecutive Saturdays – which I completed in early 2008, got various items of uniform with STREET PASTOR boldly printed on each: I also had to apply for a Disclosure and Barring Service check. And so the patrol started.

The hub is Balham Baptist Church. Patrol of at least four members (after confirming with the Police) starts with prayer from 10.00 pm to 2/3/4 am, depending on need on the streets. Balham is relatively quiet, so after a few hours talking to pub crawlers, bouncers, men, couples and ladies in high spirits or distress, and walking through residential areas to be sure all is well, the patrol moves to the Clapham area, via the high streets. Clapham Common and Clapham North are very busy, which gives the opportunity for more interaction with the public. Some questions people ask are: Why do you do it? What do you gain from it? – Especially on very cold nights.

We pray at various stops along the rout of patrol, give bottled water to the dehydrated, give flip-flops to ladies carrying their killer-heeled shoes, pick up and bin broken glasses/harmful objects.

For medical reasons I have been unable to go on night patrol as in the past, so I have joined the group of School Pastors after some further training. We go to Southfields Academy on Mondays. After the initial mistrust from students and staff/other agencies alike, the element of trust has now set in – students give the thumb up sign, staff smile and chat with us, and the deputy head is passionate about School Pastors and would not mind a second visit during the week. In fact the students are more settled and at times, seize the opportunity to discuss personal problems. At the moment we are also involved in an anti-bullying programme initiated by the deputy head.