Have You Thought About Becoming a Street Pastor?

Stirling Street Pastors are looking forward to when we can restart late evening patrols once the City gets back to a semblance of normality again. We now hope to carry out daytime patrols in the town centre and university campus as well. We need more volunteers for both daytime and evening patrols. We have not been able to run training for new recruits this year so our numbers may drop by the end of the year.

The mission statement of Stirling Street Pastors is “To show the love of Jesus in the city at night, by caring for, listening to and helping”. But in March 2020 the city went into lockdown because of Coronavirus and all patrols had to stop. The whole of Scotland was facing many difficult months ahead. Patrols were suspended, but our prayers for the city did not cease.

Then in May, the Scottish Government announced a route map for easing lockdown restrictions, but it would be a long time before pubs and clubs would be open in the late evenings which is when we usually carry out our patrols. There are many needs of people in the streets during the “drinking” hours of the city – physical needs, mental health needs and often there are faith related needs too.

So we continued to meet together on Zoom, and we prayed, and we sought the Lord’s will in how we should serve. Then we discovered that some other Street Pastor Initiatives were doing daytime patrols and providing a service then. We received guidance from our governing body, Ascension Trust (Scotland), on how patrols could be carried out safely and within Government guidelines. We also received support from the local Police who were keen to see us helping on the streets again. So, with some keen and willing volunteers, we started doing lunchtime patrols in the city from August. 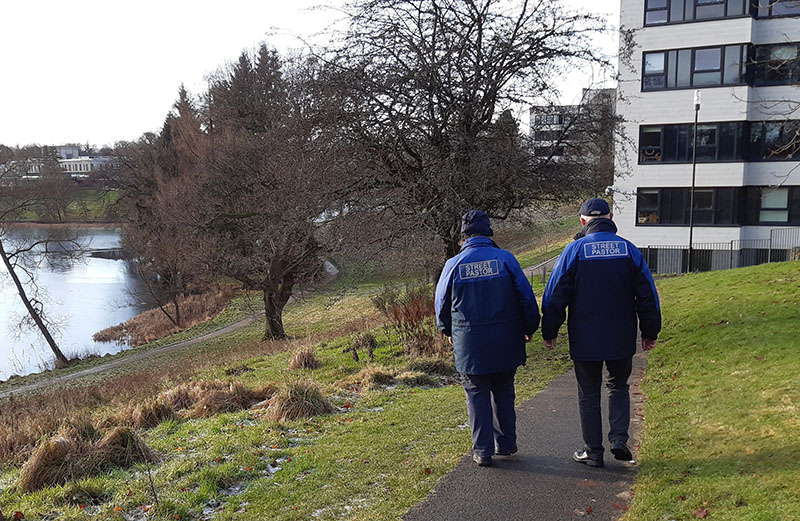 We have been amazed at how God has worked. We have had many meaningful encounters and been able to care for, listen to and help different people on the streets. We also had a calling to start doing patrols on Stirling University grounds as there would be many students struggling to cope with campus life. We have been on campus every week as well as the city centre, and the University is very grateful and supportive of us offering this service.

Sadly, we had to stop all patrols again after the January lockdown. But now, with infection rates dropping we are hopeful that patrols will be able to start again in the daytime soon, followed by late evening patrols when the city reopens again.

We rely on prayer to sustain us and appreciate how people and churches have been supporting us through prayer. Prayers have been answered by God showing us that there are opportunities now to show the love of Jesus in daytime patrols as well as evening patrols. That does mean we will need more volunteers for the daytime patrols as well as new volunteers for the evening patrols to replace those who have moved on. 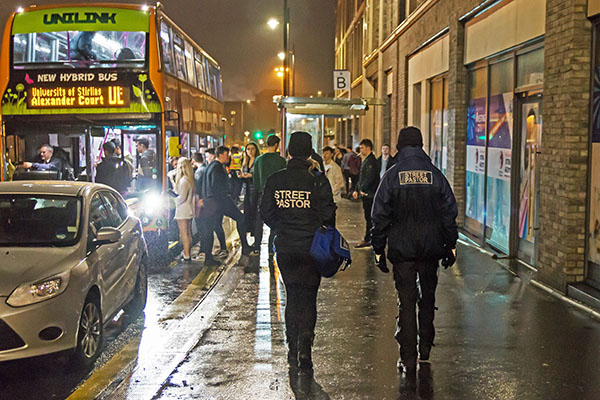 You can contact the Coordinator, Russell, at stirling@streetpastors.org.uk or on our Facebook page, Stirling Street Pastors. Or if you know someone who is already a Street Pastor, have a chat with them and you’ll find out how blessed we have all been from serving as a Street Pastor in Stirling.

For those who want to help, but are not able to become a Street Pastor, then please still do remember us in your prayers. Or if you want to help us with our costs then have a look at our Support Us page on our website.