A night where we really felt we made a difference…

A teenage boy from Oldham was lost in the city centre. We’d seen him walking around in Piccadilly Gardens asking different people for directions and knew he was vulnerable. We approached him and offered to help. He’d arranged to meet his friend in town at a hostel which he couldn’t find and his phone was dead. We spent a lot of time with him walking and talking trying to find this hostel and his friend. He’d had some troubles at home and didn’t want to go home. He didn’t know what to do and was really thankful that we had approached him. “I don’t know what I’d do if you weren’t here to help”, he kept saying.  The hostels were full and we didn’t feel comfortable leaving him. We knew we had a duty of care and so, with his permission, contacted the police who were able to find him a place. He was a missing person who needed support we were glad we were in the right place at the right time to offer him the support that he needed. 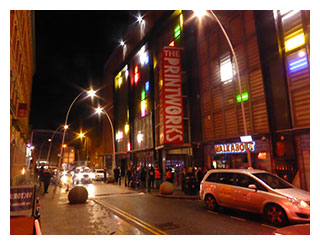 Following this at about 1am we spotted a young girl on a bench by the Printworks. She was incapacitated by drink and possibly drugs. Some young men were standing around her, not wanting to leave her but not knowing what they could do for her. We stayed with her and called an ambulance because she was in such an unresponsive state.  We waited with her, talking to her and keeping her warm – probably for over an hour – until the paramedics arrived.  She was taken to hospital and again, we felt this had been the right thing to do as she was in such a vulnerable state.

We met a couple of homeless men who wanted to engage with us. “Oh, Street Pastors. They are good people, they want to help us”, one of them said. He had just been released from prison a couple of days before and had nowhere to go. We gave them something to eat, some information about Barnabas and give them some hats, gloves and  emergency blankets which they were grateful for.

As we left them, we passed the bottom of Market Street.  We spotted three young men who at first glance seemed to be messing about.  It then became clear that two of the men  were attacking the third.  We shouted them to stop, and came and stood between them.  One of the attackers wanted to carry on, but the other led him away.  The victim was very shaken up – he said he had just walked past and they’d set upon him.  We walked part way with him in the direction he was going, and then he thanked us, hugged us, and said we had saved him – we were like ‘ninja turtles!’  Later that night he put a comment on the website thanking us for our help.

That night we left the city with a real sense of this is what Street Pastors is all about helping vulnerable people, keeping the city safe and bringing peace where it is needed.