Ponty Street Pastors were out over the Christmas period including some Fridays and New Years eve as lots of people were expecting to be celebrating. We gave out flip-flops to people, helped sober people up before they could get a taxi, picked up many glass bottles (to prevent them being used as weapons or people standing on the shards of glass), chatted to people, gave out space blankets to people at risk of hyperthermia (resulting in some people making jokes about roast turkeys!), cleaned up bloody noses and other injuries and general patrolled the streets to make sure people were safe and well.

Unfortunately some evening were just a little damp so you may have witnessed a few bedraggled Street Pastors if you were out, but I think everyone still did it with a smile and were grateful for the good coats we have been provided with! Below is a picture of one team before going out and getting drenched! 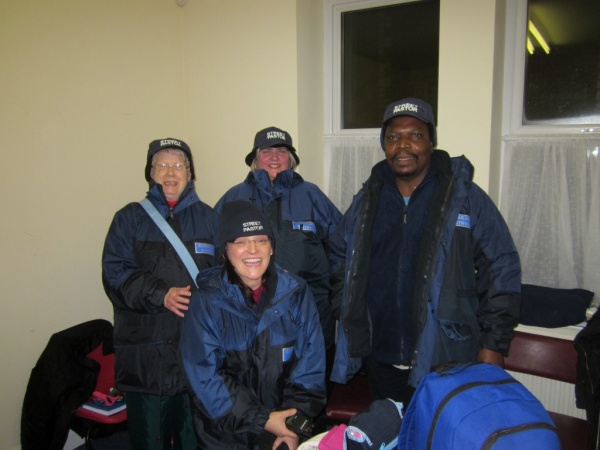